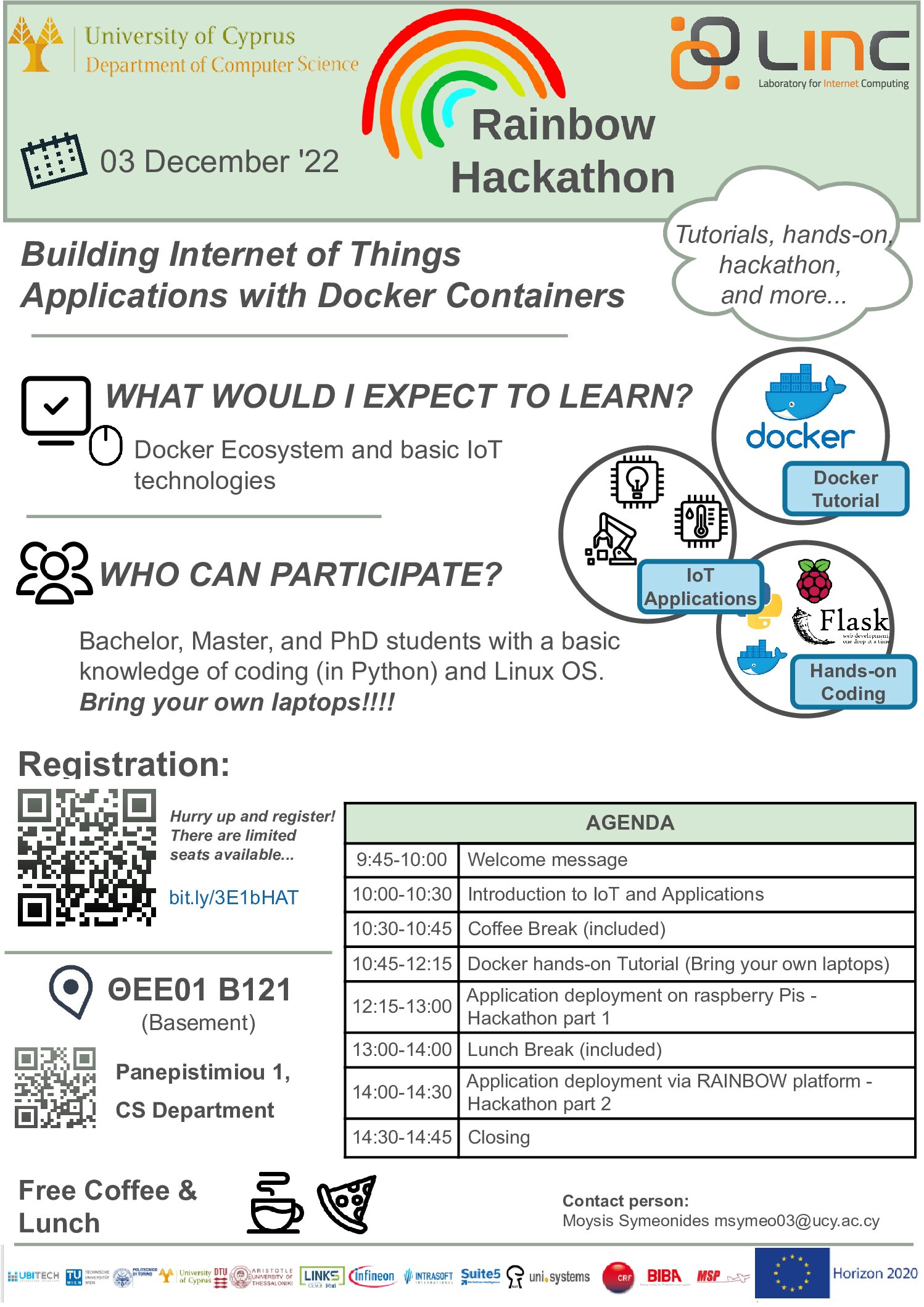 The Internet of Things (IoT) is a fast-growing technology where smart devices, such as environmental sensors, medical monitors, smart house gadgets, and industrial sensors, interact with the environment, building cyber-physical applications. Moreover, developers are increasingly implementing applications by adopting containerization technologies, like the Docker platform. Docker is an open platform for container-based virtualization and offers the most well-known containerization ecosystem. Specifically, docker containers are a lightweight virtualization solution that developers can use to quickly design, test, deploy, and update applications. The ability of docker containers to run almost anywhere, even on IoT devices, makes the combination of containers and IoT devices a common practice in the industrial IoT applications.

In this event, we will introduce IoT technologies and respective IoT applications to the audience. Then, we will provide a hands-on tutorial for the Docker ecosystem and how one can implement containerized applications. Our tutorial will provide information about docker image creation, lifecycle of a container including properties introduction like environmental variables, files and folders injection to the execution environment, network port forwarding, and a basic introduction of docker-compose files. Then, in the first part of the hackathon, the participants will utilize an already created example of an IoT application in order to extend it, build the respective docker image, run it on top of real IoT devices (raspberry Pis) and process data from real sensors (e.g., cameras, sonar sensors, etc.). The second and final step of the hackathon will include the deployment of the application via RAINBOW platform and performing a simple task on it (e.g., extraction of custom metrics or a scaling action).

Bachelor, Master and PhD students with a basic knowledge of coding (in Python) and Linux OS.

In advance registration is required at: bit.ly/3E1bHAT